The Australian Marine 38 (AM38) are a preferred vessel amongst the flybridge pleasure cruiser market for being excellent sea going hulls with an extremely well appointed and spacious layout for a 38ft vessel. This particular AM38 had a pair of Volvo Penta TAMD60C Marine Engines, producing 250Hp @ 2800rpm each. Unfortunately one engine in particular was suffering problems which warranted either rebuild or replacement. After exploring both options, and considering the advantages of safety and reliability of new engines, the decision was made to re-power the Volvo Pentas with two new FPT NEF 280 Marine Engines.

The NEF 280s are an excellent option for re-power from the Volvo TAMD60C for many reasons:

The engines were installed in the AM38 using the same exhaust system, just with alterations to connections on the engine wet exhaust mixer. The existing 12V electrical system was reused, along with the existing morse cables controlling the throttle and gear selection.

A new PTO bracket was made for the front of the starboard engine to allow for operation of the power steering pump. The existing fuel system was able to be reused, with only new flexible lines to the engines being required.

Because the NEF 280 offer 30Hp per engine over the TAMD60C engines, when the vessel was sea trialed, an increase in vessel speed was quickly evident. The vessel performed spectacularly and achieved the required 2800rpm with existing propellers, meaning no further changes needed to be made. The vessel achieved a very brisk 18kn @ 2200rpm and a top speed of 23kn @ 2800rpm. Which is an improvement across the board of approximately 3kn when compared with the old Volvo Pentas.

The owner is extremely happy with the engines, the available power and the resulting cruise speed, reliability and low noise of the new FPT NEF 280 Marine Engines.

For more information on this repower, please contact us! 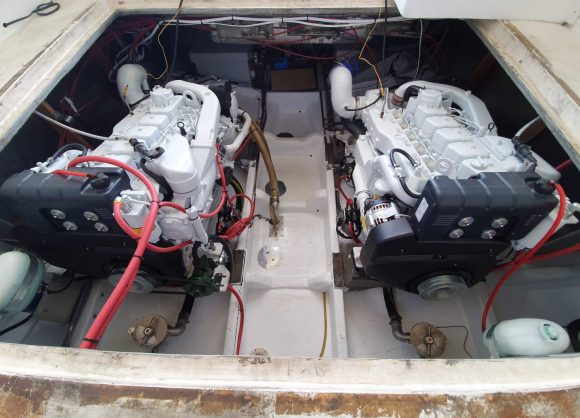 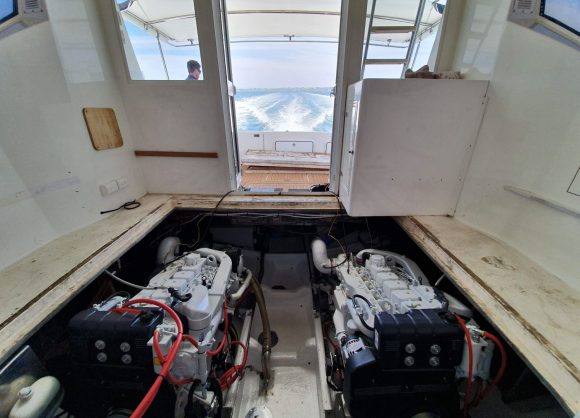 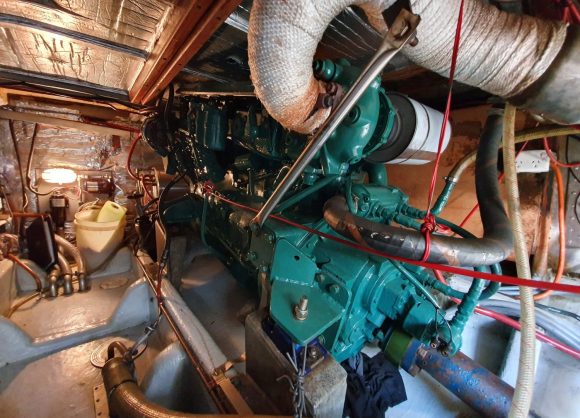 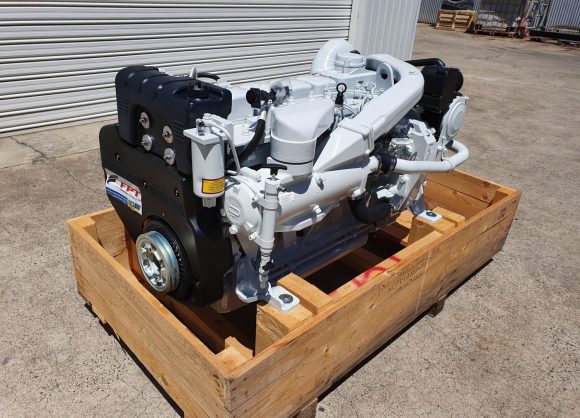