Getting the Job Done!

It is not very often that a client comes along who wants to repower from an old N14 Cummins, but it was evident from the first conversation how much this local WA crayfishing family care about their vessel and their engine. To say the Cummins N14 had been well looked after and maintained is an understatement. In fact I have never seen such a clean and tidy 30 year old Cummins engine. The only reason a repower was being considered was that the N14 was becoming a little too long in the tooth and a new engine was required to see JOB carry on being a reliable vessel for decades to come. After a lot of comparison and investigation regarding all brands of engines available the choice was made to replace the N14 with a FPT Cursor 13 set at 750Hp @ 2400rpm. The installation was conducted by Pro Marine and the end result has been an incredible transformation from old technology to new common rail technology and an vessel which has seen dramatic improvements in fuel consumption and vessel performance.

Fuel consumption:  The Cummins N14 was set at 525Hp and the new FPT Cursor 13 set at 750Hp. Keep in mind the increase in horsepower, fuel consumption has improved greatly.  The owner is now getting an extra day of operation before needing to fuel his tanks which equates to approximately a 15-20% improvement in fuel consumption.

Vessel Performance: Not only has fuel consumption improved, but so has vessel performance. JOB was previously operating around 11 – 13 knots and since repower we have seen an operating (cruise) rpm improvement of approximately 3-4 knots.

Due to the horsepower increase, the owner decided to upgrade the gearbox to a new Twin Disc MG5114SC Gearbox in 2.04:1 ratio.

For the vessels, auxillary requirements, PTO hydraulic pump and deck wash pump were driven off the front of the engine to ensure live tanks remained fresh and the pot winch powered. Installation for the FPT C13 was relatively easy due to their shallow sump and very compact design for a 12.9 litre engine.

The most important factor is how impressed the vessel owner is regarding how smooth and refined the new FPT engine is. He says it is an absolute pleasure to be working onboard with an engine which is so quiet and has no vibration. Tie in the fact that the transom no longer gets dirty from diesel fumes and this is one happy client. We know his new FPT well serve reliably for decades to come. 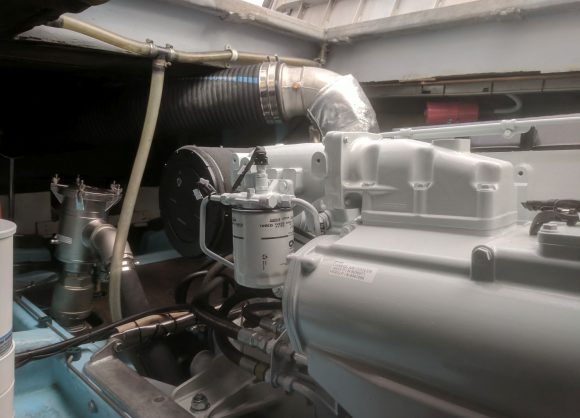 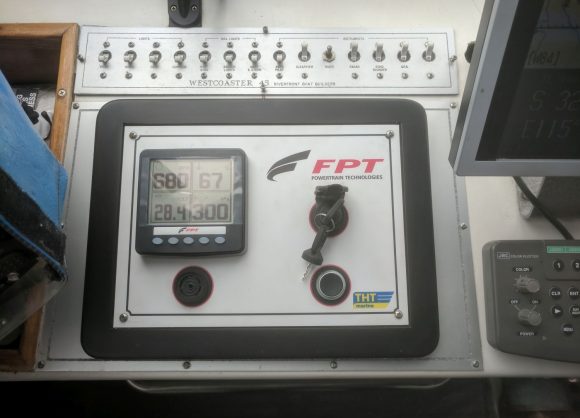 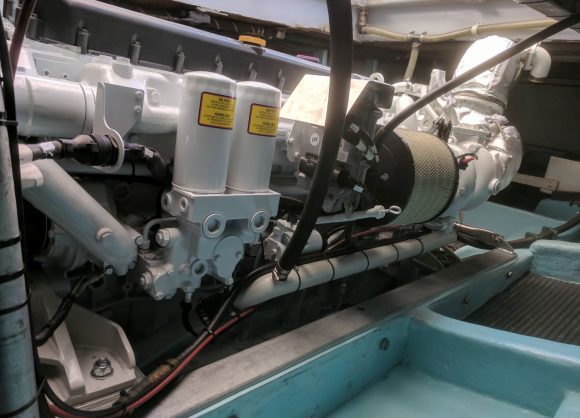 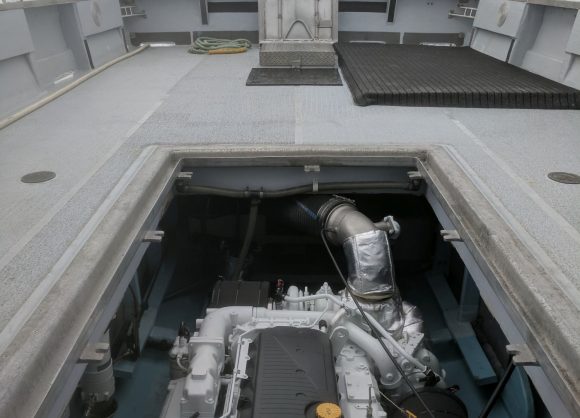